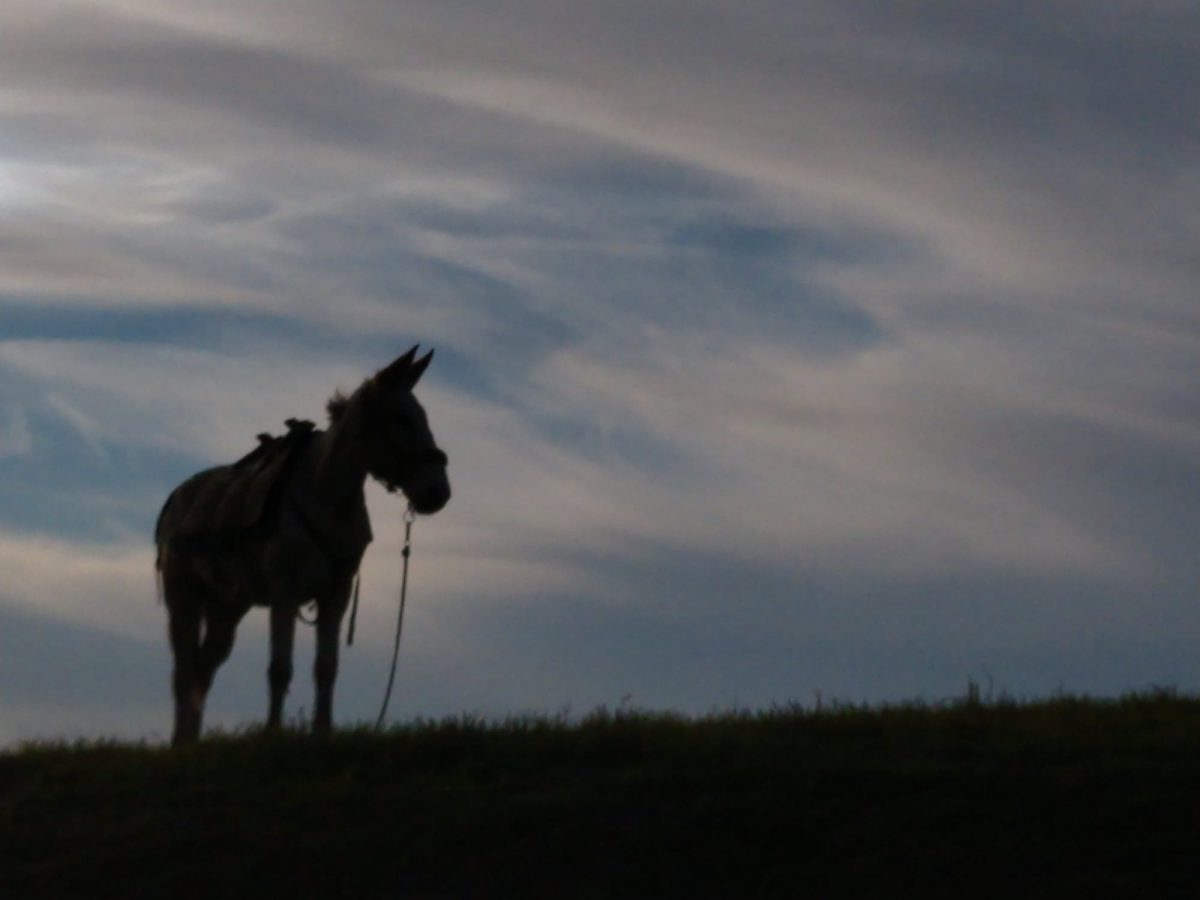 The Mules won’t and don’t war. Why? There is no good reason to do so. The act of war produces nothing we need or want to associate with. It will not better our lives. War worsens our lives.  War, an endless cycle of death, destruction and human misery. First, a victor, then a loser, around and around you go, learning nothing, accomplishing nothing for yourself or the generations to come. A life of service to the Megatropolis providing it with the highest possible degree of human suffering and misery so it can satisfy its never ending insatiable appetite for that misery.

One bright beautiful sunny morning, as can only exist on earth, the Mules many thousands of years ago, were moving into a large canyon as a tribal group known by all who knew us as The Mules. Suddenly, we heard the sharp clinking of metal and the sound of horses coming from behind. The horses of war were in pursuit. We started to run fast and hard with our mules to the end of the canyon up and out onto the ridge. We looked back. They weren’t coming for their horses could not commandeer the rugged climb. We chose for our escape a well known canyon for its difficult ascent. Once down, we would be safe from the pursuing force of war. Almost down, we could see a large cloud of dust at the mouth of the canyon. We turned and looked to the ridge which we had left. The forces of war had come up from another canyon.

We were trapped for the first and last time. The Megatropolis had grown too large now. Its organization and control of humanity was well on its way. We got off our mules, placed our hands on their necks and stood and quietly waited for what was surely to come.

First we watched our children slain one at a time before our eyes. Then we watched our wives, companions meet the same fate. And then we who remained were mocked and insulted as cowards for allowing them to do what they had just done. Then my tribal members were also slain one at a time until only I was left standing quietly waiting for my sure demise, I saw this soul captured by war and destruction start to weep about 100 feet of where I stood.

Suddenly a stillness with the strength of a storm encompassed all that could be seen and experienced. Then another captured soul began to weep. Now all these men of war were on their knees weeping and shaking with fear and regret for what they have done to the Mules and of course to themselves. We stood in silence until we understood it was time for us to leave for the suffering was not ours to bare. The burden was to be bared by the men of war. I got on my mule, turned to the north and once again continued this endless journey alone but never alone of one human being sacredly walking on earth through the web of life in one of any of all four directions with his or her animal companions one step of a time all day every day.

The story of the Mules’ past and their ancestors explains very well why the Mules will never war again. The ancestors learned the consequences of war and pass this story on through the use of thousands of years of harbored energy. Each lifetime we live here on earth, our chosen place of eternal residence, we end that life by dying either from accident, stealth or natural causes, only to re-materialize, live again, wander and roam over this beautiful creation known as earth. The Megatroplis seeking to control all energy on earth has never controlled the Mules and never will. We the Mules give our energy to this place in which we reside and this place protects us as we walk on our endless journey through time and space.
The Mules

3 thoughts on “The Mules Don’t War”

Leroy's looking for something #3mules #3mulesdotco

Gathered up a bunch of this stuff while grazing th

Well it looks like the name of this green material

Don't know what you call this stuff but sure is go

THE MULES AND MULTI-USE ONE BURNER STOVES The sto

Encountered this animal track today while out graz

The mules went into lake Isabella Tuesday to buy g

3 Mules being Thankful The mules are thankful on

Rosie and Leroy picking up a bale of hay so kindly

The mules packed up and leaving Manfred and Kenise

Coming back down off the mountain after working on

The Mules left Havilah yesterday and got to Lake I

As the mules made their way up the Clear Creek tra

The mules using the resource the public thoroughfa