The case of 3 Mules versus State of California / CHP has taken a necessary turn in the road.  As the Mules engaged in a long lengthy process moving our lawsuit through the court system, it became obvious to us that it was unlikely we would win this case due to qualified immunity. And the defendants’ attorney general (AG) would request a summary judgement which would stop the case cold. Never to make it to trial.

Winning a settlement was not the primary reason for filing the lawsuit. The primary reason for our lawsuit was to bring public awareness and discussion to the absolute constitutional right for all American citizens using a strong well maintained public thoroughfare to move freely in America how they choose, when they choose. Consequently, the Mules have decided to drop this lawsuit. The spiritual energy of this case has become so strong it can no longer be contained within the courtroom walls. Where lawyers will argue over technicalities, details and procedures attempting to bury it. Out of sight out of mind.

The above being said and understood this case and its accumulated energy is not over by any means. 3 Mules vs. State of California has left the confines of the courtroom and moved its purpose and energy to the field (outside) where the action is. Where the High Speed Motorist (HSM) is actively on a daily basis killing and maiming fellow motorists and all the other legal users (cyclists, equestrians, and pedestrians) with total disregard for the law and simple basic common sense and courtesy to SHARE THE ROAD.

Note: The Mules will be serving as a platform moving, living, carrying no weapons along the public thoroughfare providing all California citizens the opportunity to see and discuss their constitutional right to move freely in this state and country and make their own unique contribution towards that end.

For right now it’s popular to stay inside and be safe. There will come a time the abstract misery felt for being that way will become so strong and people will do anything to get away from it. It is the responsibility for those who know this to keep the light of freedom shining outside so when those who stay inside have had enough of the inside, the light of freedom will be shining and not the darkness staring them in the face telling them to go back inside and be safe.

The Mules want to acknowledge and thank Attorney Todd T. Cardiff for his pro bono service in getting this case and all the issues connected to it up front and out on the public thoroughfare. It will now be the job of the Mules to keep it there all day every day, one step at a time.

On July 28, 2022, the court entered a stipulation to voluntarily dismiss Sears v. CHP. Such dismissal stipulated that each party bear its own attorney’s fees and costs. Mr. Cardiff, John Sear’s attorney, explained why the case was dismissed at this point.

While it was no doubt that Plaintiff was arrested under the wrong statute (Veh. Code § 21954) pedestrian outside of crosswalk, the doctrine of qualified immunity requires particularized facts to establish liability for law enforcement officers. The doctrine of qualified immunity, which is a solely judge made doctrine, was originally intended to protect officers who made a mistake when making split second decisions. It has now been twisted to grant immunity to all officers, unless what they have done is so egregious that no reasonable police officer could believe that they were acting within the bounds of the law or constitutional rights. As recently held by the Supreme Court, the violation must be “sufficiently clear that every reasonable official would have understood that what he is doing violates that right.” (Rivas-Villegas v. Cortesluna (2021) ___U.S.___ [142 S.Ct. 4, 7, 211 L.Ed.2d 164, 168].) In other words, immunity protects “‘all but the plainly incompetent or those who knowingly violate the law.’” (White v. Pauly (2017) 580 U.S. 73, 79 [137 S.Ct. 548, 551, 196 L.Ed.2d 463, 468].)

While it is arguable that Mr. Sears was in complete compliance with the law, there was not any case law holding that leading mules by reigns was “driving” under California Vehicle Code section 21050. In addition, it was not clear what “duties” would be applicable to a someone driving a mule. Significant research into the legislative history of Vehicle Section 21050 did not resolve the issue. The vagueness of the law, by default, would have rendered finding liability against Officer Agredano almost an impossibility. Further, while we believe that the officer was giving an unlawful order to simply “stay off the road” (which was impossible), again, research failed to uncover case law with particularized facts supporting Mr. Sear’s rights. Finally, it was determined that an adverse decision could seriously impact Mr. Sear’s right to travel with his mules.

Although the judicial portion of this case is over, the issue is not resolved. Law enforcement must enforce the law without bias. If ranchers can utilize all lanes of traffic to herd or “drive” livestock, then such right must be afforded those who wish to only use a portion of the lane to safely travel on the picturesque backroads of California. (See Cal. Food and Ag. Code §§ 16902, 16903.) Cal. Veh. Code section 21759 places the duty on the motor vehicle driver to “reduce speed or stop…to insure the safety of any person driving or riding the animal or in charge of the livestock.” Mr. Sears will be seeking to introduce legislation that clarifies that those who wish to use alternative forms of travel, including riding, driving or leading horses or other livestock have a right to use traffic lanes in a way that protects both the animals and the drivers. “Share the road” must become the law, not a just a pithy, but unenforceable slogan.

The Mules raised $2500 using the GoFundMe platform to usher our lawsuit into federal court.

Itemized record of all expenses incurred by Attorney Todd T. Cardiff while working on the lawsuit:

An amount of $937.10 was left unspent after dropping the lawsuit. This remaining $937 will be spent on things the Mules will need. The Mules will show on the ledger below a picture of item purchased, receipt, and the remaining balance. 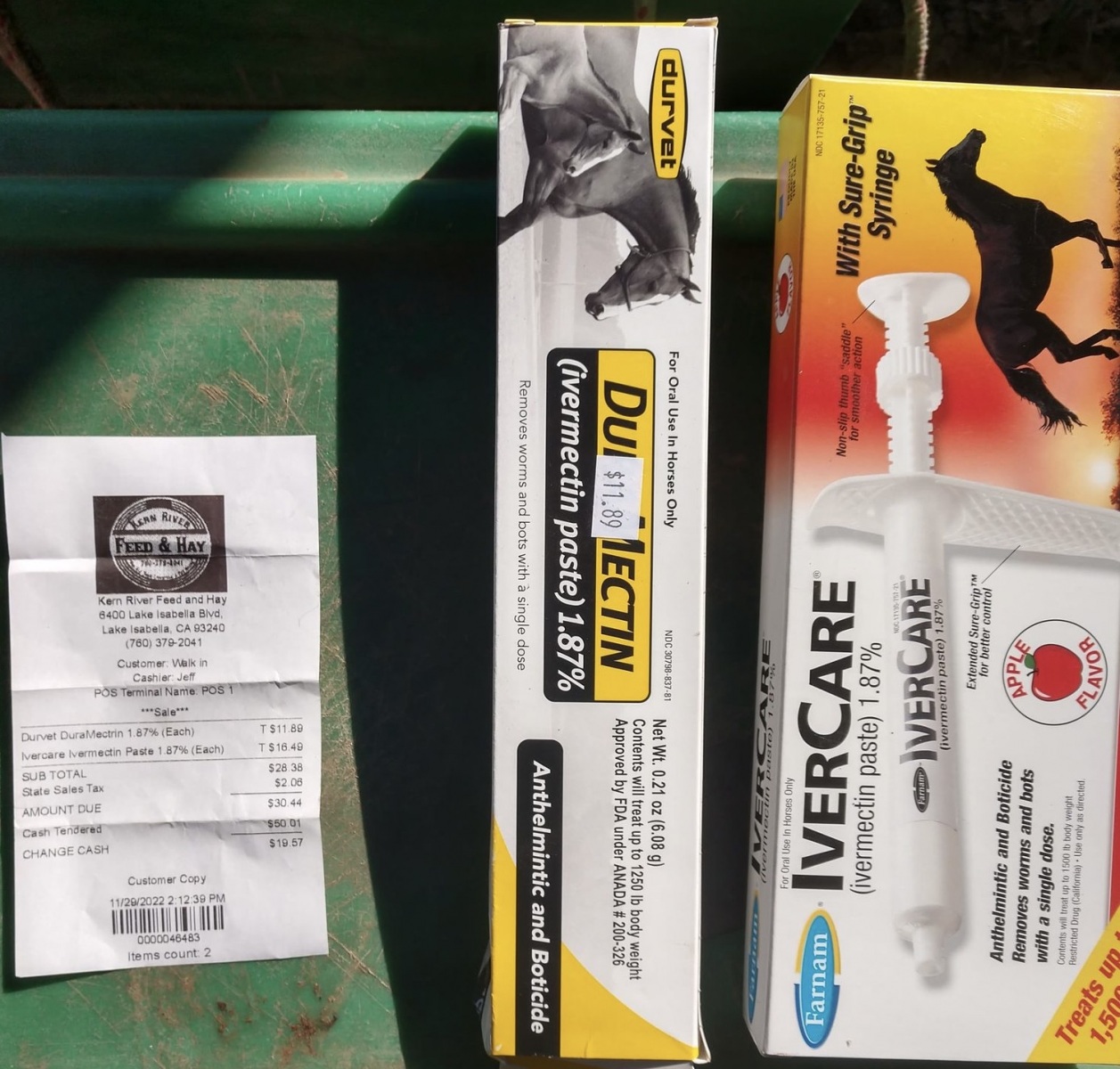 As the picture of anvil shows from constant use, it has been severely bent and is no longer effective to use. I can either get this one fixed by a welder or get what is called a “Stall Jack”.

Does anybody have one they no longer need? Due to my 75+ years of age, I have no longer the strength and force using a hammer. I thought I might get more leverage with a stall jack. Last image is of a stall jack.

NOTE: Shoes are made specifically to fit mules. However, they are hard to find and more expensive making them impractical for us as we shoe on average about every three weeks.