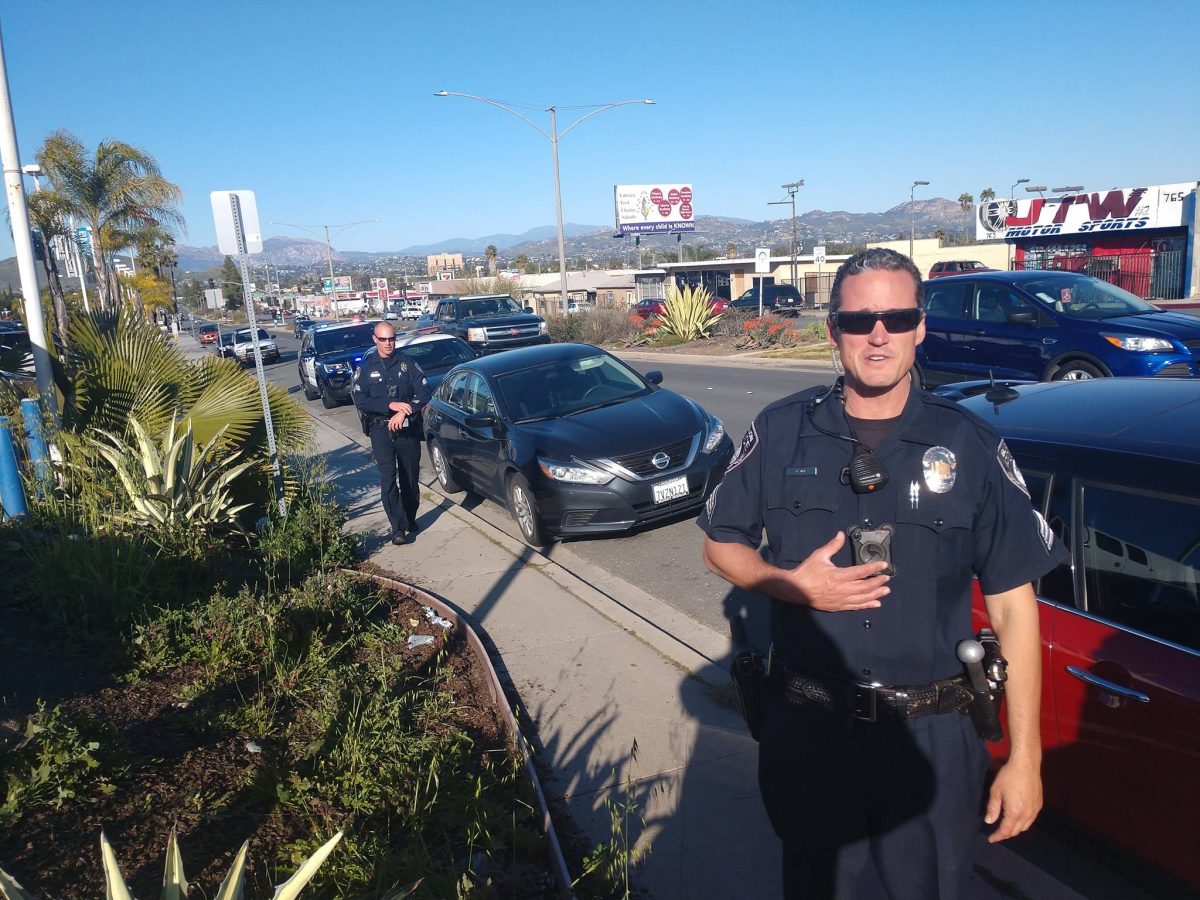 This afternoon March 16, I have been stopped by seven or eight City of El Cajon Police on El Cajon Boulevard. Right now as I speak for no reason other than walking down the sidewalk they forcibly stop me and detain me. It’s totally illegal other asking me all kinds of questions and threatening psychological evaluation. It is none of their business. I’m legally walking down the street and I won’t answer the question. We’ve been stopped twice already by La Mesa Police Department. We’re not going to answer questions continually all day long from every police department in this county or in the state.

After an hour, the Mules were released from police detainment which was illegal to start with. We were told that we could go thru town but not to stop anywhere. If we did, I would be arrested and Little Girl and my belongings would be impounded. And of course, due to the lateness of the day and them detaining us for an hour, that probably will not happen. We will stop and find a place to rest wherever that may be.