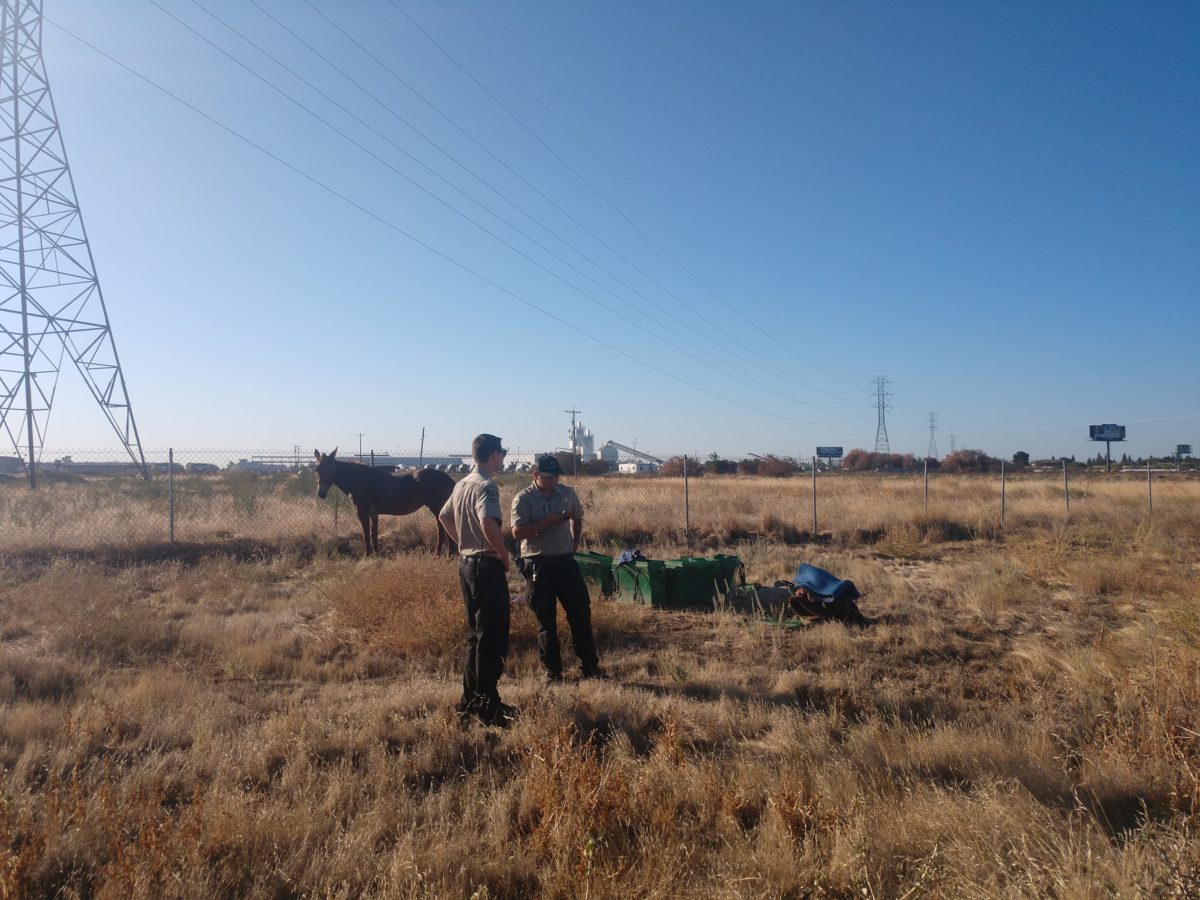 On the morning of September 1, 2019, the Mules were approached by two Central California SPCA (CCSPCA) animal control officers where we had stopped to rest for the night. The following is an honest accounting of our interaction of that encounter.

The Monk was sitting on his water bucket eating breakfast (canned green beans, half can peas, half can butter beans, two handfuls oatmeal, black pepper, small amount of vinegar with a generous amount of V8 juice to enhance flavor and texture) when suddenly startled by a roaming citizen, who apparently broke loose from his automobile parked about 50-100 yards away on the shoulder of the road.

The roaming citizen asked the Monk, “Do these horses belong to you?”

“Yes,” replied the Monk. ” Those horses picketed on the fence belong to me.” The Monk then stated, “We were getting ready to leave and won’t be here long.”

The gentleman replied, “Have a nice day” then walking thru the tall dry grass, returned to his automobile.

About 30 minutes later while packing up, the Monk caught some motion out of the corner of his eye. It was two uniformed officers belonging to an agency of some kind making their way thru the tall grass towards the mules.
The Mules ordered them to come no closer. They stopped short about 50 feet from us.

The animal control officer said they were responding to a complaint of loose horses. Little Girl and Little Ethel were secured to the fence line via 30 feet of rope per animal and were not loose. At that point, the animal control officers should have left, however, they did not. Instead, the officer asked the Monk for identification. The Monk refused the request.

The officer asked, “Where did you get the horses? Can you prove they belong to you?”

The monk replied, “Possession is 9/10ths of the law. Prove they don’t belong to us.”

The officer asked, “What are they eating? Where is their food?”

The officer then asked, “Where is their water?”

“In a canal half mile down the road,” Monk replied.

The officer said, “The horses must have water. We will haul your mules away.”

The Monk responded, “Don’t try it.”

The officer got on his phone  for about 10 minutes. While the officers were talking on the phone, the Mules hollered back at them to take a look at 3Mules.com website that is plastered on the side of the pack boxes and 3 Mules Facebook page.  Then, the officers apparently did take a look at the website and shortly thereafter turned and went back to their truck and left.